You are viewing a preview version of this site. The live site is located at: https://jewishottawa.com

This piece of content is not currently in a published status.

Special Event
The Power to Transform: It’s Up To Us with Pinchas Gutter
November 9
7:30 pm
The current state of our world has once again reinforced that education is key in combating systemic issues of inequality, racism and antisemitism. Knowledge is power, creating space for dialogue and understanding. HEW’s closing program will feature Holocaust survivor Pinchas Gutter’s personal reflections on the impact of Holocaust education and remembrance and will also include a special tribute marking the 82nd anniversary of Kristallnacht, the wave of violent anti-Jewish pogroms which took place across Nazi Germany on November 9 and 10, 1938. The learning does not need to end with HEW. To close this week of programming, the Neuberger will launch a dynamic, online film series with special guests that will run throughout the year. And, tune in for a special announcement about the future of the Neuberger.
Host: Sarah and Chaim Neuberger Holocaust Education Centre

More Info
How to register 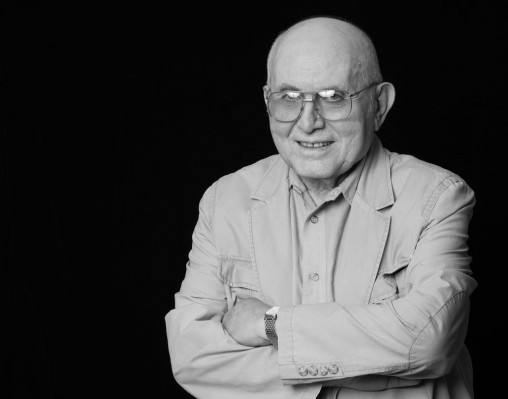 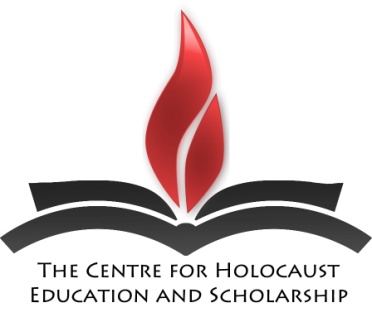 November 4, 12:30 pm
Zikaron BaSalon: “Remembrance in the Living Room” a program that offers an intimate and meaningful way to commemorate the Holocaust trough testimony, participants expression and discussion with Holocaust survivor Kati Morrison.
Hosted in cooperation with AJA50+ for AJA50+ members.

November 8, 7:00 pm
Voices for the Past, Present and Future
CHES is marking five years of promoting Holocaust Education with the premiere screening of Voices for the Past, Present and Future followed by a discussion about teaching the Holocaust in the 21 Century.
Discussants: Prof Irwin Cotler, Founder and Chair, Raoul Wallenberg Centre for Human Rights: “The importance of Holocaust Education” and Dr Avinoam Patt, Director, Center for Judaic Studies and Contemporary Jewish Life at the University of Connecticut: “Obligation and Challenges of Teaching the Holocaust in the 21st Century”
Webinar registration required by November 6th here.
In cooperation with the Zelikovitz Centre for Jewish Studies at Carleton University and the Azrieli Foundation.

November 15, 1:00 pm
Webinar and Launch of the Virtual Pop-Up Museum
The artifacts exhibited were donated by Ottawa Holocaust survivors or their descendants. The launch will include a discussion on the importance of artifacts to research of the Holocaust.
Panelists: Sara Shor, Manager of the Artifacts Collection, Yad Vashem Museum will speak on “The importance of objects to the study and research of the Holocaust” using examples from the Yad Vashem collection. Dr. Robert Ehrenreich, Director, National Academic Programs, USHMM will speak on “Viewing the Holocaust through sets of objects using examples from the USHMM”.
Webinar registration required by November 13th here.
Sponsored by the Zelikovitz Center for Jewish Studies, The Centre for Holocaust Education and Scholarship in cooperation with the Azrieli Foundation.

Please use this guide to help identify events below more easily.

You may also wish to visit our Shoah web page for additional information.

French director Robert Bresson once advised filmmakers not to produce “beautiful images, but necessary images.” In hindsight, films and documentaries about the Holocaust, survivors, and fascism were rarely beautiful, but they quickly became a necessary component of preserving memory and fighting hate. The Sarah & Chaim Neuberger Holocaust Education Centre is proud to present Necessary Images, a 12-installment film and talkback series. Join the Neuberger every two weeks to explore important and timely themes through curated pairings of films and documentaries, alongside live talkbacks with notable guests like George Takei. Film critic Adam Nayman joins us for the kickoff lecture, where we will introduce the Necessary Images that, in hindsight, comedy used to work through the past: images of survival, resisting fascism and racism, and justice. Nayman will consider how films such as Starship Troopers, Jojo Rabbit, and Inglorious Basterds played a significant role in defining and spreading Holocaust memory. Adam Nayman is a contributing editor for Cinema Scope and writes on film for Montage, Sight and Sound, Reverse Shot and Cineaste. He is a lecturer at Ryerson and the University of Toronto. He is the author of Paul Thomas Anderson: Masterworks (2020), The Cohen Brothers: This Book Really Ties the Films Together (2018), and It Doesn’t Suck: Showgirls (2014).
Host: Sarah and Chaim Neuberger Holocaust Education Centre
Register here: https://www.holocaustcentre.com/hew/film-series

The German Jewish Response to the Rise of Nazism 1933-39
November 16
10 am
How did the German Jewish community respond to the continuous diminishing of their civil rights in Germany and the growing realization that what was happening to them was unprecedented in Jewish History? Multimedia Presentation taught by Yad Vashem Educator: Rabbi Moshe Cohn
Q&A facilitated by Rabbi Scher with a focus on the parallels to today
Host: Congregation Machzikei Hadas and the International School of Holocaust Studies at Yad Vashem - Jerusalem.
Register here

The Hitler Years - Disaster 1940-1945, with Frank McDonough
Tuesday, November 17, 2020
1:30 – 2:30 pm
In his The Hitler Years -Disaster 1940-1945, our guest Professor Frank McDonough charts the dramatic change of fortune for the Third Reich, and challenges long-held accounts of the Holocaust and Germany's ultimate defeat.
Host: The London History Festival by Royal Borough of Kensington and Chelsea Libraries
Register here

Tuesday, November 17, 2020
7:00 – 8:00 pm
How are early memories formed? What happens when the social fabric of childhood memory is ripped apart? In this interactive workshop, Dr Rebecca Clifford, an expert on the post-war lives of child Holocaust survivors, reveals stories of child survivors who had to become 'historian of themselves'.
Host: Cultural Institute, Swansea University
Register here

Relations, Resistance, Resilience.
November 18
7 - 9 pm
The Montreal Holocaust Museum (MHM) and the Montreal Jewish Public Library (JPL) will give a presentation of rare books and Holocaust-era artifacts from their collections. These historic artifacts chronicle over 350 years of the complex connections and disconnections between the Jewish and Christian communities of Europe.
To attend, email michaelabaxleaney@outlook.com to get the Zoom link and passcode.
Sponsor: ZC, CHES, Vered, Jewish Public Library (Montreal) and the Montreal Holocaust Museum
jewish_studies@carleton.ca
https://carleton.ca/jewishstudies/

Being Human 2020: The Legion of the Lost: New Discoveries on the Holocaust
Thursday, November 19, 2020
2:00 – 3:30 pm
This online taster event will feature a preview of work by the leading Holocaust historian, Professor Dan Stone, as he uncovers new aspects of Holocaust history and its legacies and will also highlight family history research resources. The event will also include a preview of a traveling exhibition on tracing missing people after the Holocaust, which will be shown at the Linen Hall Library in 2021. Participants will have the opportunity to reflect on the meaning of confronting difficult histories on the personal level, with special consideration of the themes of war, migration, rupture, survival and victimhood.
Host: The Wiener Holocaust Library
Register here

Making Present the Past
November 19
7:30 - 9 pm
Adara Goldberg, PhD, a social historian and director of the Holocaust Resource Center at Kean University will present a virtual lecture on The M.S. St. Louis Apology and Canadian Jewry’s Pursuit of Refugee Justice
Sponsor: Zelikovitz Centre for Jewish Studies
To attend, email michaelabaxleaney@outlook.com to get the Zoom link and passcode.
613-404-8437
jewish_studies@carleton.ca
https://carleton.ca/jewishstudies/

"I wanted to fly like a butterfly" - A child's recollections of the Holocaust
November 22
10 am
One of Yad Vashem's renowned Holocuast Educators will share the true story of one child's experience of going into hiding with her mother and the heroic actions of the family who saved them. A program for children in grades 3 and up.
Host: Congregation Machzikei Hadas
Register here

Jewish Mothers in the Ghettos
November 23
10 am
The Ghettos were part of a process of destruction of Jewish life and Jewish Mothers were at the forefront of creating continuity in a world of turmoil and doubt. Take a closer look at the unique challenges facing Jewish mothers as they battled the Nazis for the future of the Jewish people.
Host: Congregation Machzikei Hadas and the International School of Holocaust Studies at Yad Vashem - Jerusalem. Multimedia presentation taught by Yad V'Shem Educator: Rabbi Moshe Cohn
Q&A facilitated by Dr. Stacy Goldstein
Register here

Witnessess to History, Keepers of Memory: Portraits of Montreal’s Holocaust Survivors
To celebrate the exceptional contribution of these witnesses to history and keepers of memory, a photography project was launched in 2019. The Museum’s Commemoration and Oral History Coordinator, Eszter Andor, and Photographer Stéphanie Cousineau were given the mission to meet with thirty survivors in the privacy of their own homes.
Host: Montreal Holocaust Museum
https://witnessestohistory.museeholocauste.ca/

New Lives
After the Holocaust, Canada became home to over 35,000 Jewish refugees. What challenges did survivors face when they arrived? Where in Canada did they settle, and who helped them find a new home, work and education? Learn about this unique history through a collection of video testimonies recorded by archives and Holocaust education organizations throughout the country. Through personal accounts, itineraries, and photographs, explore key dates of immigration, before, during and after the Second World War.
Host: Montreal Holocaust Museum
Access: http://refairesavie.museeholocauste.ca/eng

Topography of Violence: Antisemitic Violence in Germany 1930-1938
Jews, Jewish institutions, and Jewish-owned firms and stores in the German Reich were subjected to increasing violence long before 9 November 1938. The visualization on this website presents information about the dates and locations of many different acts of violence that took place between 1930 and 1938.
Host: Judisches Museum Berlin
Access: https://www.jmberlin.de/topographie-gewalt/#/en/vis